As a sign of good faith, here are my sleep recommendations:

But why those three?

When I was in my teens, I had a romanticized image of sleeplessness. Struggling with frequent bouts of insomnia, I saw myself as a brooding, tortured person staring at the flickering screen of a television while the world slept. As the sun rose, I would slowly get out of bed with the masochistic satisfaction that I had been deprived a basic, animal need and survived. In hindsight, the sleeplessness made me less of a compelling character and more of an asshole.

In my 20’s, my insomnia became more just a byproduct of horrible choices. Throughout my college years, and well into my early “professional” life, my sleep mirrored the general state of my life – a chaotic, unpredictable ordeal. I would go nights without sleeping and take power naps in dark supply closets at work or for brief moments in my car. I would spend entire weekends sleeping – waking just long enough to note the shift in the shadows of my bedroom before falling back asleep. There were nights where I would leave the house for a run at midnight – cruising through the desolate streets of Rochester, or Blacksburg, or Baltimore. These were followed by long stretches of time where I couldn’t seem to recover; where pain stop my running made my sleep worse.

My relationship with sleep changed during graduate school. It didn’t stem from some revelation about the health benefits of predictable sleep. Instead, it came from a desire to annoy people whom I found annoying. During my time at Virginia Tech, studying for my PhD in clinical psychology, I found that people took a morbid pride in their own struggle and self-deprivation. It is a pattern I still see in high achievers and something that has always seemed transparently attention-seeking and sad. Look at me, I haven’t slept in weeks. I studied 200 hours this week for a 20-question quiz. All my nutrients are in liquid form because chewing takes away from focusing on this manuscript. Bathroom breaks are for when I am dead.

It happens, or at least I think it happens, because at that level of academia everybody is smart and everybody is expected to do well. In undergrad, each future graduate student was a relative stud in their program. They were smart and they stood out for doing well. They were the gym class heroes of their classes – big fish in small ponds. Once they got called up to the big leagues, an actual PhD program, they found that their pond had gotten smaller and the fish have gotten larger. With everyone performing at maximum level, subjective measures of sacrifice and torment become the only thing making you stand out. Prior to tests, I would find people standing in the hallway proudly reporting how long they studied and how little they slept the previous night. When a major milestone was on the horizon, a thesis or a dissertation or something of that like, people would loudly broadcast how they sublet their apartment to live in the library and only slept during the brief moments that they allowed themselves to blink. I found it all terribly annoying.

I took the opposite approach. When an exasperated classmate came to me reporting that they were up all night reading and rereading the textbook for the 10th time, I would tell them I forgot we had a test that day. If someone were to feign sympathy for the torment they put their laptop through by writing on it for 16 hours straight, keys melting into their fingers, I would tell them I wrote my manuscript on a series of bar napkins – most of them I left at home.

The truth is, we were both lying. We probably spent the same amount of time preparing and we got similar grades. The common target of reported deprivation was sleep. People love to brag about how little sleep they get because we all know that sleep is one of the greatest things the body does. While this strange dance of deceit was going on in graduate school, I started to notice that on the rare occasion I actually did sleep well I got more done the next day. If I could stay asleep for 6 to 7 hours, I could actually remember most of the stuff I studied. Getting to bed early on a day I ran hard (or, at that time it was more likely road biking) left my body feeling completely healed and ready for another day.

The older I get the more crucial sleep becomes. If I have a bad night of sleep on Monday, the impact of that ripples out to Thursday: my running gets slower, my body feels stiff and heavy, my mood is awful. Since starting this writing project, I’ve become more strict with sleep. I have become more focused on testing what I can do, behaviorally, to improve my sleep quality and what impact it has on the next day. To save you time, my big three recommendations are: Be consistent, don’t nap and turn off your screens. These are not earth shattering or revolutionary ideas – but they work. Why do they work? Well, first we need to know why we sleep.

What we do when we sleep

Humans are, by nature, daytime animals. We are designed to be awake when the sun is out and to sleep when the sun goes away. When we sleep, our brain uses that downtime to tidy up and make repairs. Think of your brain like a 24-hour grocery store. During the day, there is a lot happening – people coming and going, lots of employees, noise, lights, stuff. If you’ve ever gone grocery shopping during a busy time then you know how frustrating it is when a poor employee tries to do something essential for the store (e.g., restock a shelf, make a repair) while you are trying to get your shopping done. To minimize these annoyances, the store generally relegates as much of these routine, essential tasks to late at night when there are no customers, and less employees, around.

Our brains operate much in the same way. During the day, we are trying to balance a lot of stuff. At night, when we are deep into our REM sleep, our brains and our bodies are doing all the necessary upkeep and repair: 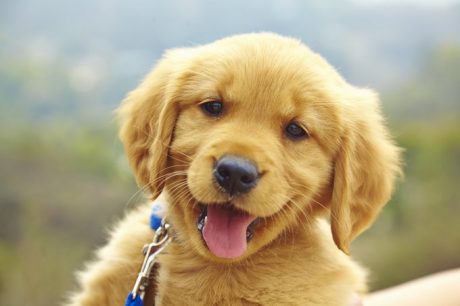 What about when we don’t sleep?

Clearly sleep is important. What are the consequences of bad sleep?

So, let’s get some sleep. Before we do that, we need to know two important brain chemicals that put us to sleep. If we can get these two working right, we will be sleeping like professional babies.

Melatonin is a night-time hormone. During the day, when the sun is out, our eyes send a signal to our brain’s Suprachiasmatic nucleus. This completely ridiculously named part of our brains determine: yes or no, is the sun out? Yes – then the SN sends a message to our pineal gland telling it to not make melatonin. No – then the message is not sent and our pineal gland starts pumping out that sweet, sweet melatonin. Ideally, all day we see the sun and our brains don’t release any melatonin. As the sun goes down, and as we have a rising level of adenosine, our pineal gland starts to release melatonin. A few hours post-sunset, these two chemicals have reached a critical point and BOOM, we are off to the sleep races.

We don’t live in the ideal and there are loads of things that get in the way of good sleep. . Here are the three prime culprites that try to make the job of adenosine and melatonin difficult:

As an additional note – sedatives are also sometimes dangerous and should be used with caution. Never mix them with a depressant (e.g., alcohol) or a stimulant (e.g., caffeine). Also, never take a sedative if you have untreated sleep apnea or suspected breathing problems. This is a problem I run into daily at the clinic I work in. It is inevitable that a patient will come to me with bags under their eyes demanding a sleeping pill (whichever they most recently saw on TV). When I review their history, they usually either (a) have sleep apnea and refuse to wear a CPAP or (b) have all the signs of sleep apnea and refuse to have a sleep study done. If you aren’t breathing in your sleep, your body will wake up so you don’t die. If you take a medication that pushes you into a sedative state, then your body can’t wake up and YOU WILL SUFFOCATE. Stop trying to take a pill and start fixing the actual problem.

An hour before bed, start to dim the lights in your house and turn off your phone, computer or TV. Listen to music, read a book, make lunch for tomorrow – do anything that doesn’t involve bright lights. What you’re doing is allowing your brain to get ready for sleep. You’re giving yourself a cool-down period. Turn off, unplug and let your brain do what it was made to do.

I'm a guy. I'm also a psychologist. I'm also a hipster. I'm not totally sure if I'm a runner but I'm willing to find out. View all posts by runningexperiment